Although rarely the center of attention, Cabernet Franc, your congenial nature makes you a pleasure to be with. You’re equally good company for your coarse and bitter cousin Sauvignon, as well as with the charming and curvaceous Merlot. Better yet is when you politely amuse the pair in a Meritage made in heaven. Your genteel manner has been evident since your youth. In fact, some would say you’re mature beyond your years. You are graceful and elegant, with a rather lean physique and a fresh attitude. It has been said -- very discreetly of course – that your nature is a little on the perfumy side.

In North America, this close cousin of Cabernet Sauvignon has adapted well to cooler areas, especially the northeast and Great Lakes regions. In particular, Long Island, with its maritime-moderated climate, has produced excellent Cabernet Franc. 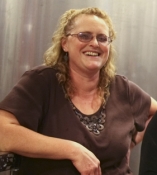 Hamptons Long Island
So Many Grapes, So Little Land to Grow Them On By Roger Morris